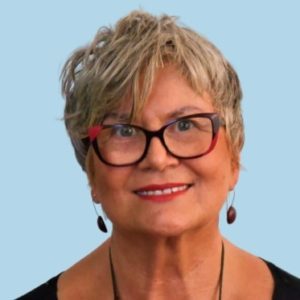 What I am passionate about in my work is

My passion is to bring the insights of psychological science into my clients lives, revive hope for realistic recovery and create for them an opportunity to live a meaningful, happy, and regret-free life.

I would describe my personal style and approach towards clients as

In my practice the most important is creating the therapeutic alliance with my clients. I am using my comprehensive therapeutic skills, authentic genuine and warm interactions to establish a sense of safety and incorporate psychoeducational and neuro-psychotherapeutic components in friendly and appropriate manner to maintain client’s therapeutic engagement, foster positive learning and inspire process of change.

I believe I am particularly good at

I have learnt that a focal point in any therapeutic engagement is not what you know, what licences, training, and certifications you have but who you really are as a human, your authentic self, your life experiences, your ability to genuinely connect with people, to be emotionally and cognitively present with them and for them, your understanding of people struggles and believing in them – they are the most important factors.

I would also like you to know about me

I am allergic to injustice. I have been a human rights fighter all under the communist government in Poland in 1970 and 1980s. I was arrested during the Martial Law in Poland on the ground of “encouraging people to think and change”.  I have been forced to leave Poland with one plastic bag and 3.5 years old daughter Joanna. I came to Australia as a political refuge, single mum with no English.

I am multiple traumas and loses survivor. I have muddle through by applying psychological knowledge I have learnt and mastered.

I am the current Western Australia Master Champion in Athletics: discus, shot put, hammer, and weight throw. I was nominated twice to the Australian Citizenship Award.

For my political struggle against the communist government in Poland I received the Cross of a Merit for outstanding service to the nation and the Cross of Freedom and Solidarity.

Wisdom I have learnt from my clients

I have met in my practice, in the individual and group therapy, more then 10 000 people.

I have never met twice a person with the same story and the same problems.

Book now
Back to search

Request a session
Call us now